Solana vs. Ethereum: Which one is the Better Investment?

Understanding the difference between Solana and Ethereum can give you an insight into how to invest in both. When debating Solana vs. Ethereum, you need to realize many similarities. Still, at the same time, some differences can lead to a difference in the pricing of both assets. Comparing Solana with Ethereum is relatively straightforward for the most part, as they serve many of the exact basic needs.

Understanding Solana’s works are crucial to compare them to the Ethereum blockchain and guide your investing thesis.

What is Solana, and how does it work?

Solana is a blockchain platform designed to host scalable and decentralized applications. It can process more transactions than most of its rivals, like Ethereum. It’s a proof-of-stake blockchain that uses a new technology called Proof of History.

Solana can process more transactions per second with much lower transaction fees than most rival blockchains, such as Ethereum. It has blazing speed, as well as low fees. It can post smart contracts and has a low environmental impact. You also can stake Solana (SOL) for rewards.

Many of the implementations still wait to be launched on the Mainnet. The hardware setup for Solana is relatively costlier than many other rivals, and it has also been criticized for not being decentralized enough. 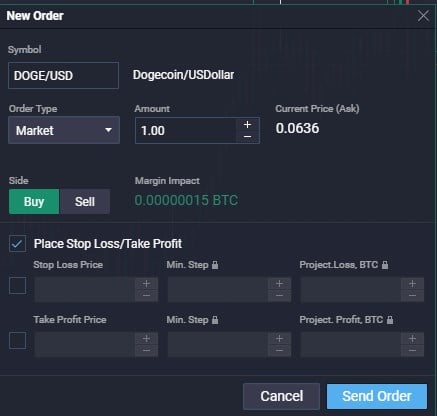 To understand the difference between Ethereum and Solana, you will need to understand some of the basics regarding the Ethereum blockchain. While they are somewhat similar, Ethereum has a long history.

What is Ethereum, and how does it work?

Ethereum is a decentralized blockchain platform that establishes a peer-to-peer network. It securely executes and verifies application code called “smart contracts.” They allow participants to interact with each other without a centralized authority. It is considered a “trustless platform.”

One of the most significant advantages of Ethereum is that it has a large and global community, with the largest ecosystem in cryptocurrency. It has many functions beyond being used as a digital currency. It can process financial transactions, execute smart contracts and store data for third-party applications.

One of the biggest concerns with any cryptocurrency is that they tend to be extraordinarily volatile. This can not only lead to significant gains and large losses, but it also makes the transactional costs somewhat risky at times. Furthermore, clogging the network can also negatively affect transactions, slowing the blockchain down and causing expenses to rise. However, with the recent upgrades, Ethereum is looking to rectify this.

Critical differences between Solana and Ethereum

To understand the value proposition that each one of these coins offers, you need to understand some of the critical differences between Solana and Ethereum.

Both blockchains have seen the value increase over time but drop drastically during 2022. This has been a crypto-wide problem, so it’s not necessarily down to these specific networks. Both have seen massive adoption over the last several years and will likely provide value. Solana and Ethereum do many of the same things, but there are some key differences.

Solana can best be thought of as being more about speed, while Ethereum is much more secure. Because of this, the choice will likely come down to the individual application or business that is being conducted.

Solana has evolved as an alternative to Ethereum. Solana suddenly burst onto the scene in 2018, as the developers wanted to correct some of the inherent issues in the Ethereum market. Solana uses a Tower Byzantine fault-tolerant method that removes the need for nodes to communicate with each other in real-time, unlike Ethereum. The result has been increased efficiency and speed.

Ethereum initially started as a proof-of-work blockchain but has recently switched over to proof-of-stake. It has gotten quicker and cheaper but is still slower than Solana. Both of these networks attempt to have an automated verification process of transactions. Ethereum has been a mainstay for quite some time, so it does have the upper hand on adoption, and it is worth noting that Ethereum is considered more secure.

There is a significant difference between the two coins and limits. Solana’s limited supply of coins will never expand beyond 489 million. On the other hand, Ethereum has no maximum amount of coins minted. (However, it should be noted that the growth is controlled.)

What Makes Ethereum and Solana Similar?

However, Ethereum has since changed to a proof-of-stake network, which means that you will be earning rewards for staking or validating transactions on the network, eliminating the mining process. Solana works the same way, as it cannot be mined, but it also has the exact staking mechanism.

Energy use from Ethereum used to be a significant issue when it was proof-of-work, but it has recently switched over to proof-of-stake. This makes the energy usage of Ethereum much lower than it used to be, but on the whole, it still uses more energy than Solana as it is a much more extensive network. Solana has been efficient from the beginning.

Both networks do staking, so you must understand that you cannot mind either coin these days. This means those who are used to dealing with Ethereum mining pools will feel at home with Solana and vice versa. 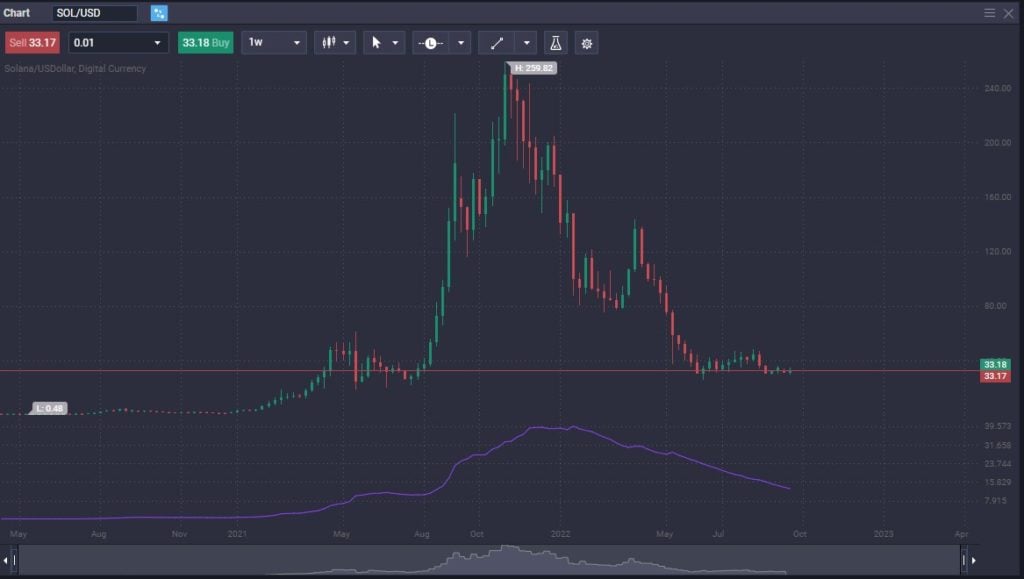 In 2022, both markets have fallen drastically as crypto has entered another “crypto winter,” which is when prices crater and crypto falls out of favor. However, we have seen this before and will more likely than not see crypto recover again.

Solana vs. Ethereum: Which one is the better investment?

Regarding which coin is the better investment, it probably comes down to balance in your portfolio. Both have a reasonably strong chance of becoming mainstays regarding crypto, but Ethereum certainly has the lead.

When it comes to Solana vs. Ethereum, the Ethereum market is more established, but Solana is trying to make headway. Both of these networks have a strong future, but whether or not the price falls right along will be a completely different argument altogether. Most crypto enthusiasts own a certain amount of Ethereum, but Solana might make an excellent addition to your portfolio.

Crypto is a very volatile asset under the best of circumstances, but Ethereum is the second largest coin by market cap, with Solana being the ninth largest. As a result, Solana does tend to be even more volatile than Ethereum, but they both are more likely than not going to be solving similar problems in the future. As time goes on, they may split a bit as far as their uses, so they may begin to differentiate themselves as far as a use case scenario and, therefore, volatility profile.

At this point, Ethereum should continue to outperform Solana, but Solana will hold its own as far as part of your portfolio going forward. It has much more momentum most of the time, simply because the market is quite a bit smaller. Either way, you should have both Solana and Ethereum as part of your crypto investments. You can easily trade Solana and Ethereum through the CFD markets at PrimeXBT. This is a way to benefit from the price moves without taking custody.

Is Solana better than Ethereum?

Solana has the faster blockchain of the two, but Ethereum has a much larger trading volume. It is used much more widely than Solana, and therefore it is

Anything is possible, but the reality is that Ethereum has a significant jump on Solana, so this would be something that would have to happen over the course of several years. The truth is that both networks will more likely than not thrive in the future, serving different purposes.

Is Ethereum more secure than Solana?

Yes, Ethereum is considered much more secure than Solana, as Solana focuses more on speed than anything else. This is not to say that Solana isn’t safe; it’s just that Ethereum is more robust.