What Is Sharding in Crypto and How Does It Work? 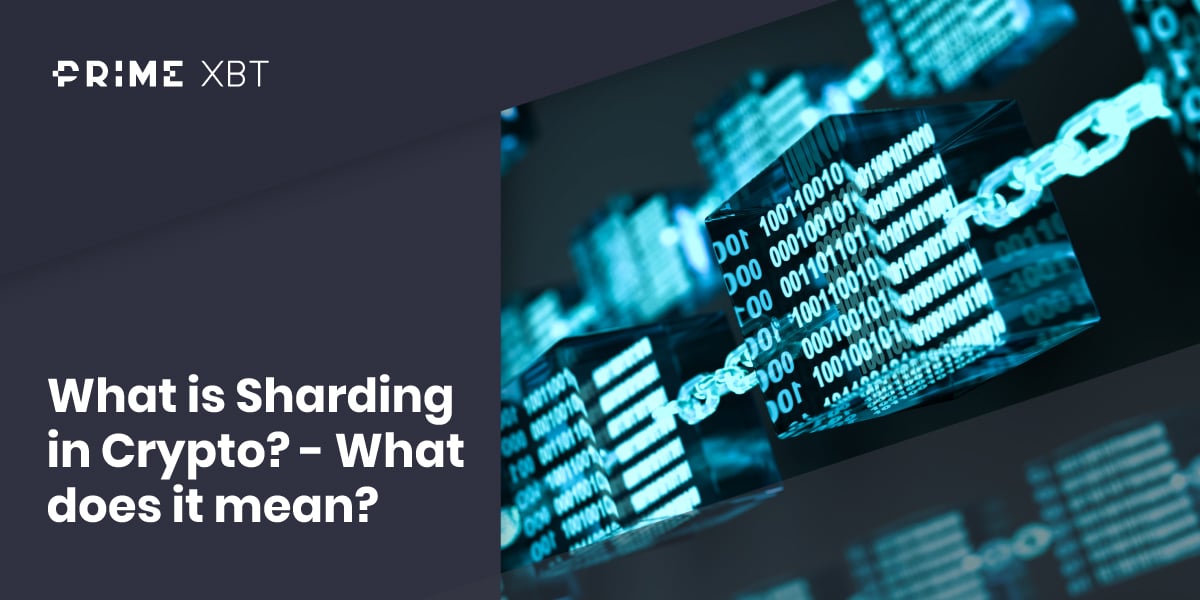 Sooner or later, you will hear the term “sharding” in relation to cryptocurrency. While it does not necessarily affect trading directly, it does pay to know the technology behind what you are trading. Ultimately, this form of database management allows a blockchain network to become efficient enough for real-world use.

While not necessarily crucial for traders on a day-to-day basis, it is worth knowing which blockchain networks are going through the process and which ones are exploring it because it can significantly improve the speed of transactions. Italso makes blockchain much more attractive for real-world use. That will continue to be the goal – using crypto daily globally. As things stand currently, cryptocurrency is still in its infancy.

What Is Crypto Sharding?

In cryptography, “sharding” refers to breaking larger data tables into smaller pieces, referred to as “shards.” Each shard will feature its data, making it unique among other bits in the more extensive database. Blockchain sharding allows for the reduction of latency and also helps prevent data overload. Simply put, it will enable the network to move much quicker than it usually would if it were all one data table.

Much like traditional database administration, the idea is to organize specific bits of information logically by not only pairing commonalities but also indexing those commonalities for rapid throughput. Sharding should be thought of as both a way to protect hardware, but also a way to speed up the entire process.

How Does Sharding Work?

Sharding is a method of splitting and storing a single data set into multiple databases. Moving the data on the blockchain among multiple machines or tables allows a cluster of databases to store larger datasets and handle additional requests. Sharding is necessary when a data set becomes too large to be stored in a single database, as it can overwhelm the blockchain. In theory, sharding should allow a database cluster to scale in size along with its data, traffic growth, and transaction hash rates.

There are a few variations on sharding, but at the end of the day, it is all about splitting database tables to take some of the hard work off of the machines handling it. One way to think about it is how a corporation is run from the top down, and responsibilities are delegated to various company members. Much like in the real world, sharding is an attempt to increase production without overloading one particular piece of the process.

Pros and Cons of Sharding

Sharding is not necessarily anything new. We’ve seen this in databases before the blockchain became a big deal. However, in the blockchain, it is explicitly used for throughput as the growth of new users on a blockchain can begin to overwhelm the network. This type of database management has both good and bad connotations.

Which Cryptos Use Blockchain Sharding?

The more straightforward question would be, “Which cryptos do not use sharding or don’t plan to?” One of the most significant blockchain projects out there, Ethereum, will be using sharding to increase the number of transactions per second (TPS). This common solution has been implemented in multiple ecosystems, such as Polkadot, NEAR, and Zilliqa.

As a general rule, if a blockchain is hoping to have the scalability to be used globally, it’s almost impossible to get away from the idea of sharding. That said, the industry is constantly changing, and technological advances continue, so database administration may change over time.

Sharding Future in The Crypto Industry

Anytime there is a distributed ledger, the critical question is whether or not their network will be able to scale up to potential demand. This means they will have to boost notes’ performance until they reach 10 X, as a network can only move as fast as notes. Scaling out instead of scaling up, which is adding more blockchain nodes, can quite often be the solution. This is what is referred to as “sharding.”

This allows for 100 X improvement and helps get rid of blockchain bloat. Because of this, sharding is almost certainly the future of blockchain, at least in the foreseeable future. Whether or not something comes along to replace it is an entirely different question; it should be noted that all of the fastest networks use some form of sharding to one degree or another.

While it may add some complexity to the blockchain, if blockchain ever hopes to replace some of the global systems, it will have to compete with the likes of Visa and MasterCard. Both of those databases result from sharding, which is nothing new. If cryptocurrency blockchain transactions hope to catch up with existing technologies, sharding is one potential way forward.

Sharding is not necessarily something that most traders would be paying attention to, only those looking into the technology of cryptocurrency itself. That being said, sharding allows for a potential increase in transaction throughput, making a blockchain more attractive. Because of this, it is more likely than not to be a scenario where those with the quickest networks have the most use. Those who have the most benefit then should have the most value. Fifteen minute settlement times will not do well in the real world, and as a result, something has to be done to speed up the process.

Understand that sharding is simply database splitting, allowing for quicker input, output, and throughput. The data is not changed; it is still in a table, but the tables are split up to alleviate congestion and facilitate movement. While there are different forms of sharding, they all werk essentially the same way, and it is nothing new in the world of databases. Many traders forget that a blockchain is simply a database; in that sense, it is somewhat old technology. It’s how we go about manipulating the database and using it that makes it so attractive. Until something better comes along, sharding will probably be one of the best solutions, although questions could arise down the road about whether or not computational speeds will ever make it unnecessary. In the meantime, it’s one of the most efficient ways to increase throughput and total rate.

Which crypto coins use sharding?

Ethereum, Cardano, Polkadot, and many others use sharding. Generally, the more extensive the network, the more likely you are to see some form of sharding.

Is sharding good for blockchain?

Yes, simply because it allows for the scalability and speed that’s going to be necessary to make blockchain a viable technology. Blockchain will not see massive adoption if it cannot be as quick as existing technologies. One of the biggest complaints about Bitcoin and other cryptocurrencies is how slow settlement times can be.
While transaction times from one side of the planet to the other are rather impressive versus the traditional banking sector, the reality is that everyday use of crypto will be stymied if it takes several minutes to complete a purchase in person.

Does Ethereum use sharding?

Yes, Ethereum has started to use sharding as part of the merge process. Over time, more and more shards will make up the Ethereum network, allowing for quicker process speeds and higher throughput. That being said, Ethereum is already looking forward to even more upgrades over the next few years.