The crypto markets started the week in a nightmarish way last week as the FTX balance sheet issue escalated into something catastrophic. Possibly due to the revelation of the Coindesk report which exposed that the bulk of FTX’s holdings were collateralized FTT tokens which they had loaned out to their sister company, hedge fund Alameda Research, Binance, who was a seed investor in FTX, decided to sell all 23 million of their FTT tokens. This led to a sequence of events which spiralled out of proportions beginning on Tuesday, as news of Binance’s impending sale caused the price of the FTT token to start plunging.

Worried investors also started a massive run on FTX, which subsequently had to suspend withdrawal and sought rival Binance for help to bail them out. It was upon hearing this development that the price of FTT collapsed 80% over five hours as this clearly showed that FTX had been misappropriating customer funds and thus had not enough assets to cover customer withdrawals.

Investors with funds stuck at FTX began to short sell the FTT and other tokens stuck at other exchanges, which led to a cascade of selling pressure on almost every token in the market, even as Binance started doing due diligence on FTX to see if the company was worth saving.

However, within a day, Binance walked out of the deal, and FTX eventually announced that the firm and its associated companies were filing for Chapter 11 bankruptcy on Friday.

The magnitude of the crypto market fallout was serious as investors had only just witnessed the contagion of the LUNA debacle barely 6 months ago and history was repeating itself this soon. This time, the unravelling of the saga took place at an even faster speed than the LUNA debacle, taking less than 48 hours to play out, compared with LUNA’s 100 hours.

The severe sell pressure caused prices to plummet equally quickly, resulting in one of the highest long liquidations in the crypto market comparable to one during the LUNA fallout.

Between Tuesday and Wednesday alone as the rout started, around $1.1 billion worth of long positions had been liquidated, with the total amount of long and short liquidations at more than $1.5 billion.

However, as the market became very oversold, and funding rates turned an extreme negative, crypto prices started rebounding on Thursday, with the bounce intensifying after the US CPI numbers came in tamer than expected. As a result, short liquidations started to pick up as late shorters got liquidated. Around $350 million worth of shorts were liquidated on Thursday as funding rates hit their lowest levels in more than a year.

However, due to FTX’s bankruptcy announcement on Friday, that rebound turned out to be short-lived and prices drifted lower into the weekend.

The direction of the crypto market is now filled with uncertainty, as news flow related to the contagion effects from the FTX fallout could still be the key driver of market movements in the days and weeks to come. To start the contagion ball rolling, lending platform BlockFi had already ceased operations and rumoured to have appointed a bankruptcy lawyer, while Voyager Digital, who had been promised a bailout from FTX, has reopened the bidding process for its assets since FTX could no longer buy out their assets.

At least 7 regulatory bodies are said to be opening investigation into FTX for misconduct, these include, the SEC, DoJ, CFTC, and Japan Financial Services Authorities.

Use the collapse to buy cheap

As the FTX saga continues to put pressure on crypto prices, BTC miners, who have already been suffering from serious financial troubles due to the bear market, have been sending BTC out from their mining wallets.

Within two days after the FTX implosion, BTC miners sent more than 10,000 units of BTC out from their wallets. While 10,000 BTC is not a substantial amount in normal days, we are not living in normal times at the moment and this withdrawal of coins out from their wallet underscores the possibility that more miners could be forced to sell whatever BTC they have on hand as the price of BTC falls and uncertainty shrouds the industry.

A check on the MPI shows that Miners’ Position Index (MPI) shows that miners are sending more BTC out from their wallets than usual, a possible indication of selling. Notice how in previous cases, a surge of the MPI often preceded a BTC price drop. However, in some cases, the drop may not lead to a lower low if the increase in MPI is not sharp. We thus need to continue observing if miners are still withdrawing BTC from their wallet in preparation for sale. 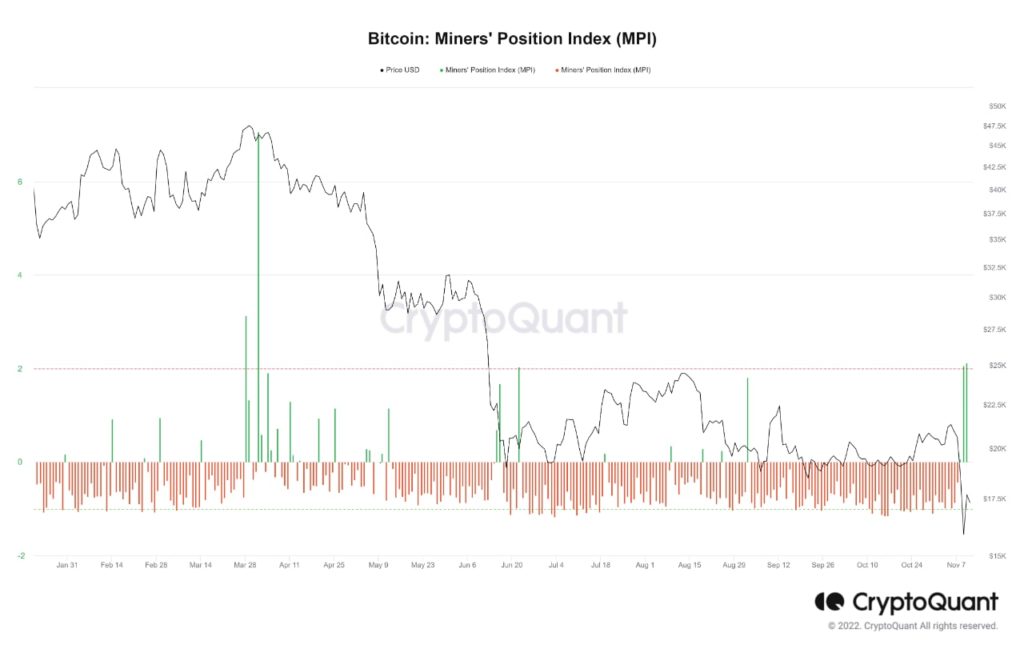 Other than miners, some 3,500 BTC that had been dormant was also seen moving for the first time since 2011, suggesting that some original BTC whale may have sold his/her BTC.

The price of SOL had been the most seriously hit amongst coins that are not part of the FTX stable. As SOL was Alameda’s second largest holding after their own FTT token, the price of SOL crashed by almost 60% in two days as traders took the opportunity to short the SOL token the moment they found out about the holdings.

MATIC was also hit as it was revealed that Alameda had invested around $450 million into the aspiring blockchain which was only just being adopted by Instagram and could dump the token to raise capital.

However, since FTX and Alameda had filed for bankruptcy on Friday, Alameda can no longer sell these tokens even if they have not already done so over the past several days as the court would have frozen their assets in the meantime. However, in the short-term, the fear amongst traders could still be present as they await news about more contagions, more so after most of the remaining balances at FTX had been hacked on Saturday and the coins withdrawn and sold in the market, depressing prices even further.

However, while exchange inflows to BTC over the weekend picked up substantially, the average funding rate remained deep in negative territory, which suggests that most traders are holding short positions. This crowding of short trades may tentatively support the price of BTC and the crypto market for the time being as funding rates are typically a contrarian indicator.

On Thursday, as the funding rate hit the lowest point in 32-months, the price of BTC bounced higher, liquidating some late shorts and caused the funding rate to spike higher on Friday. As funding rates have consistently been negative over the weekend, another bounce in prices should not be ruled out, even though the news flow continues to hinge on the bearish side.

In traditional markets, the USD had its worst day since 2009 after the release of tamer-than-expected CPI numbers. October’s CPI grew by only 0.4% against expectations of 0.6%, while on a year-over-year basis, the number was 7.7% higher than the same period last year, compared with expectations of 7.9%, showing that the rate of inflationary growth was easing.

US Treasury yields tumbled across the board after the release of this CPI number on Thursday, with the benchmark 10-year Treasury yield plunging to 3.82%, falling below the psychological 4% level. The yield on the 2-year Treasury note fell 30-bps to 4.33%.

Despite Cleveland Fed President Loretta Mester warning in a speech that there is more work to do to tame inflation even with a better-than-expected CPI report, the markets ignored the warning and continued to dump the US dollar, leading it to one of its biggest 2-day loss in 13 years.

Stocks on the other hand, cheered the declining yield and inflation, putting in their best showing since June. The S&P gained 5.9%, the Nasdaq added 8.1%, while the Dow was up 4.1% for the week. Tech stocks which had been beaten down the most were the most snapped up. News of China relaxing its COVID restrictions also helped the risk-on mood. However, some experts were not fully convinced of this rally, as economic uncertainties still mount. As the new week opened, US stock futures are trading slightly lower.

As the dollar declined, Gold gained 6% while Silver was up 8.5%. Both metals are retreating by about 0.5% as the new week opens in Asia.

Oil lost about 4% for the week even as the USD dropped as a report of higher-than-expected US oil inventories caused a dip in prices even after news of China easing COVID restrictions sent both Brent and Crude higher on Friday. Oil is building on its gains on Friday, adding about 0.6% in early Asia trading on Monday.

For this week, key US economic releases include PPI on Tuesday, retail sales on Wednesday and Philly Fed Manufacturing index on Thursday. Throughout the week, a few Fed speakers will also be voicing their opinions on rate increases and their comments and data releases could continue to drive volatility in the USD. 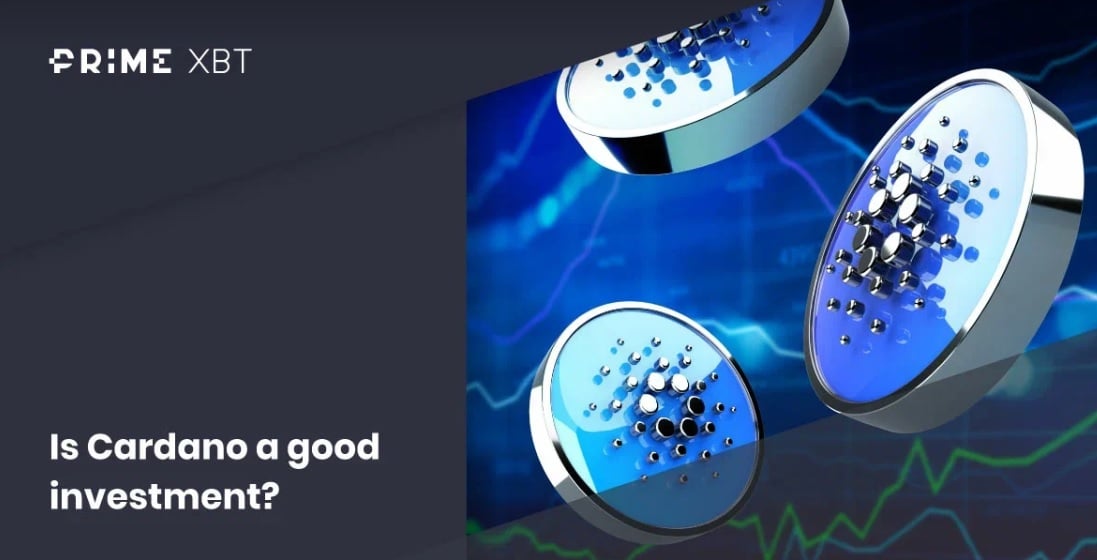 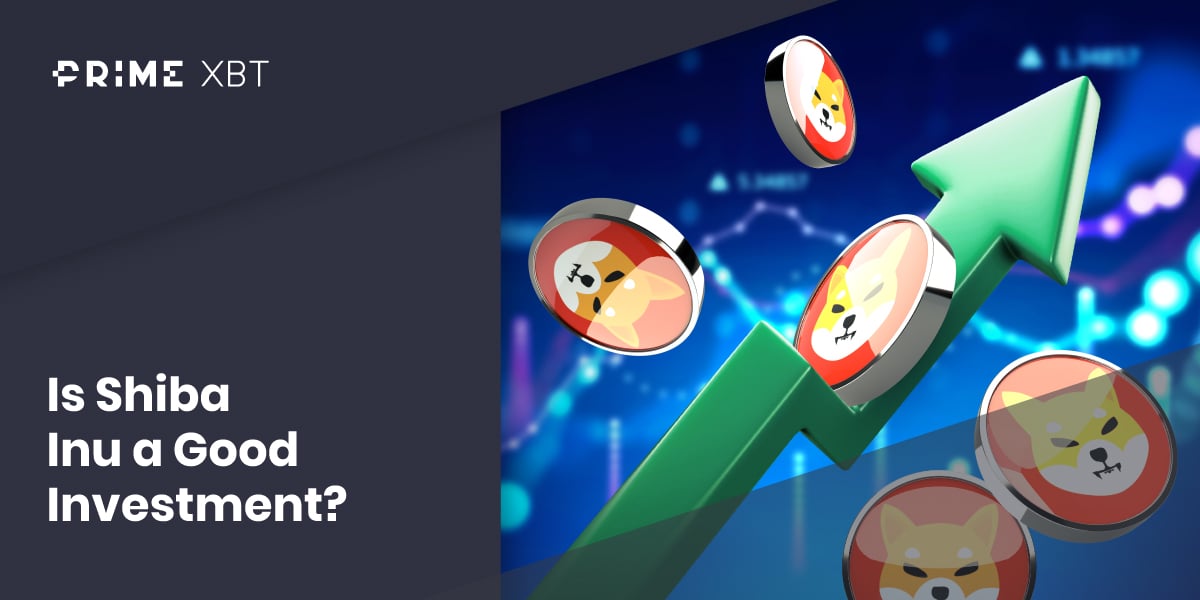 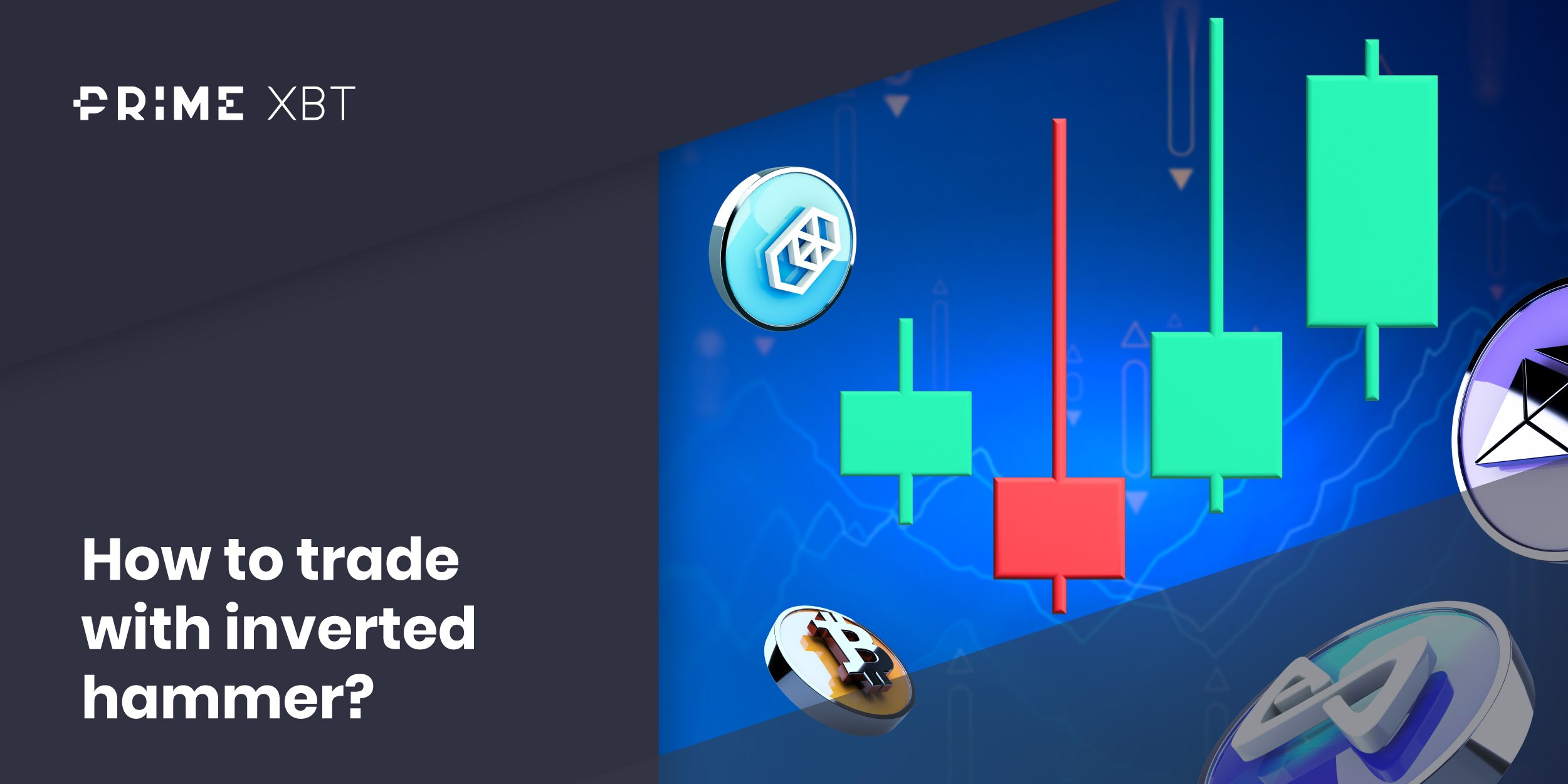